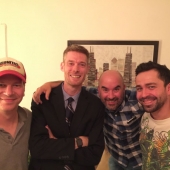 Reviewed this episode: Wish Upon, War for the Planet of the Apes, Spider-Man Homecoming
(I for an I) Interested or Ignore: Dunkirk
Trivia: World War II Movie Trivia
Sponsored by: Cards Against Humanity

There are few working directors today as consistently good as Christopher Nolan. With his 10th feature film, Dunkirk, coming out we decided it was time to rank the Nolan films. It’s no easy task because the guy doesn’t really have a bad film to his name. Even if there’s one you don’t care for very much it’s difficult to say it was bad. Tough list for sure.

Good thing we have some help. Joining us is visual artist, comedian, and filmmaker, Matthew Stromer. Matthew has been a friend of the show for a long time and we’ve been watching his career closely. With two new episodes of his web series, Not In Focus dropping the same time as this episode we thought it was high time to have him back on the show.

Also a special treat for the JawHeads: we were able to get out to The Music Box Theater’s first-ever movies in the park at Wrigley Field where they were showing Rookie of the Year, and wouldn’t you know it we got a short interview with the star Thomas Ian Nicholas. You may also remember him as Kevin from the American Pie series. We talk to him about all those experiences plus find out what he’s got coming down the pipe. Thanks to Ryan Oestreich for putting this together for us. 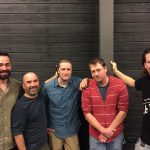 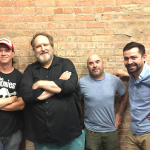