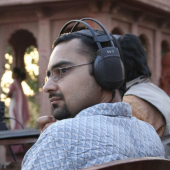 Update Required To play the media you will need to either update your browser to a recent version or update your Flash plugin.
By Matt Kubinski
Posted September 19, 2014
In episodes, Guests Via Skype, Special Guests
CinemaJaw 206, Meta Movies w/guest Param Gill2014-09-192015-12-10http://cinemajaw.com/wordpress/wp-content/uploads/2015/10/300x300.jpgCinemaJawhttps://cinemajaw.com/wordpress/wp-content/uploads/2014/09/ParamGill.png200px200px
0
0

Reviewed This Episode: This Is Where I Leave You
I for an I: The Equalizer
Trivia: Generic Title Movie Trivia
CinemaWAR: Is Kevin Smith Still Relevant?
Sponsored by: Onscribe

He sat down at his keyboard, the half-eaten sandwich taunting him from his periphery. How do I write a post about writing a post, he thought. How is that done? He let his fingers stretch and began to type. He enjoyed the felling of knowing where the letters are in space as a subconscious muscle memory. He enjoyed not thinking about typing and letting the words flow out of his mind directly onto the screen. He began to write a post about writing a post about his podcast. The episode in particular that he was writing about that day, just happened to be about “Meta” Movies. Meta a term, especially in art, used to characterize something that is characteristically self-referential. This, of course, was entirely coincidental.

Ok, enough of that.

We also have a great guest this week, Director Param Gill who’s recent movie Last Supper is buzzing on the film festival circuit this fall having just won at the San Francisco Movie Fest. Param helps us get inside our own heads as he talks to us about his new movie, filmmaking, and  his experience working with Eddie Griffin and Penny Marshal! what a great guest! In addition to all of that we have I for an I, cinemaWAR, reviews, news and all the greatness you have come to expect from a podcast about movies that are about podcasts about movies…. Think about it. 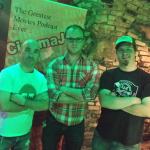 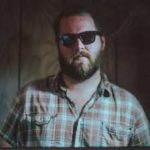